My adventure started at the end of May, Memorial Day weekend to be exact – just shy of 5 months as I write this post from my new home in Copenhagen.

My wife accepted a new position running a film festival for the Nordic Countries. For her it would be a homecoming – she’s Danish – and after nine years in the U.S. it felt like the perfect time for her to return.

For me, as someone who returned to Philadelphia to spend a weekend visiting family and friends 45 years ago and never left, there were mixed emotions.

I’d lived in the same house for 35 years.  I loved the home we lived in.

We had made it exactly the way we wanted it to be and the house was walking distance to the heart of the city. The rooms were large and filled with light. 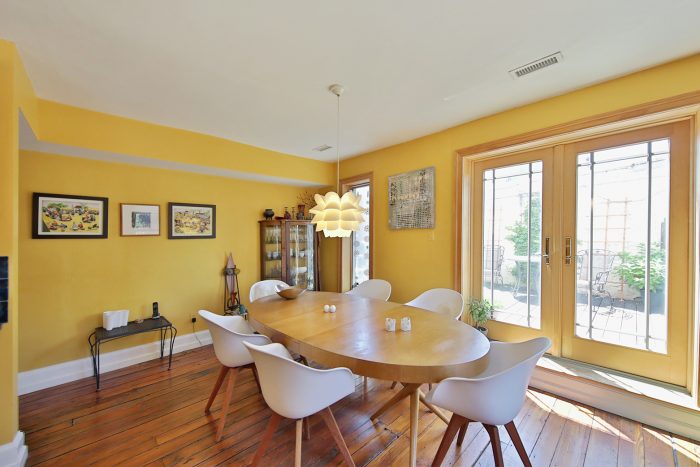 The views of downtown Philadelphia were fantastic.

It had a full basement too. Lots of space filled.

First there were the records, tape library and equipment that I’d accumulated, which represented my filmmaking career.  After we had decided to renovate the floor that I used for my office and move everything into the basement to allow the renovations to proceed at the beginning of 2009, there it had stayed, ignored, since I started teaching late that year.

Second, there was all the stuff I inherited because I am my family’s historian/archivist/dumping ground – the last one would be my wife’s characterization  – she being one of those folks who don’t accumulate stuff. Toss it now is her standard advice. There is merit to her attitude if you want to live lighter than I manage.

Third, there were all the things that people like me who attach emotional value and memories to furniture and other stuff – for example, rocks, shells, and coffee mugs I just couldn’t ever part with.  It does pile up when you don’t move often and I hadn’t moved since I was 30.

I won’t bore you with all the details. Suffice it to say that I am an evening person. Yet, there I was, up every day at 6am, from June until the week after the Labor Day Holiday going through my stuff. Endlessly.

I’d fall asleep in early evening exhausted from the constant decisions – what to save, what to donate, what to sell. In the end, 30 large boxes of film-related stuff went to an archive, 25 boxes of family records went to a museum, and several tons of paper was recycled.

That still left us with a 40′ foot container to ship across the Atlantic which hasn’t arrived yet.